I mentioned it in the last post, but here is a more explicit link to my new music blog for those of you interested:

The End Has No End

I cannot quite believe that I started The Music Journal back when I was fifteen, but it has been a beautiful experience.  I think I've gotten where I wanted to with this blog though, and while I have loved and am so grateful for the opportunities I've gained through my sporadic blogging, it's time for me to move to pastures new.

This actually makes me very sad.  Thanks so, so much for your time reading over the years - particularly for putting up with my horrendous inability to post regularly. And thanks to any of you who continue to read my writings in the future; it sincerely means a lot to me.

Here's one of my favourites, to finish things off in style:

Nimmo and the Gauntlets 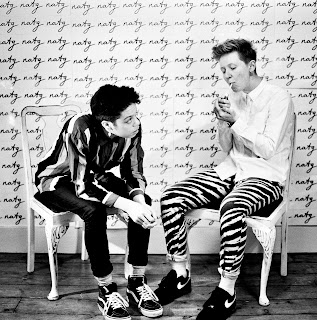 Making moody but delectable alt-poppy guitar music, Nimmo and the Gauntletts released their EP 'Making Light' a few months ago.  With captivatingly raw, powerful vocals and flowing, soaring melodies, there is something disarmingly charming about this band.

Free download of 'Chin Up', a song with a lovely sugary afropop riff, which juxtaposes amazingly with the almost-aggressive vocals:

Email ThisBlogThis!Share to TwitterShare to FacebookShare to Pinterest
Labels: chin up, EP, London, making light EP, nimmo and the gauntletts

Hamburg-based female duo BOY make delicate, charismatic folky-pop which recalls breezy summer evenings and romantic, starry nights.  With the soaring, soothing guitars and floaty, fluid vocals on display in this live session, I have to say that it is very much worth listening to these girls:

"Clock strikes upon the hour..

..and the sun begins to fade."

Very sad news, but songs like this live on.

(On a side note, my laptop has been broken hence my disappearance, but rest assured I am back in the game).
Posted by Tara at 13:51 1 comment:

Email ThisBlogThis!Share to TwitterShare to FacebookShare to Pinterest
Labels: i wanna dance with somebody, whitney houston

I'm delighted to see that there are finally new tracks from both The Shins and Jack Peñate; takes me back to my 2007 babysteps into the world of indie music...

The songs are exciting and reassuring of the quality of the new musical output from both artists (although given the new Shins line-up I'll remain somewhat wary 'til I hear the whole album):

Also, my laptop's being a bit odd so please bear with me through the next few posts...
Posted by Tara at 00:42 2 comments:

Email ThisBlogThis!Share to TwitterShare to FacebookShare to Pinterest
Labels: 2007, jack peñate, no one lied, simple song, the shins

Eccentric London-based art pop marching band (yes; really) Perhaps Contraption are about to release their single 'Cousin / Grandma', which is easily one of the most curious things I have discovered in my inbox for quite some time.  A chaotic cacophony of bizarre and brilliant vocals and instruments (wonderful brass, and as ever I'm always impressed by good use of my old instrument, the flute), there is a strange intensity to this dissonant, theatrical madness; although it seems all bright and silly, there's something very poignant when they hit the impressive refrain of "I've got no identity".

From what I can make out, the song is only half of the fun though, as Perhaps Contraption seem very into visual performance too - a hint to this might be garnered from the fact that they're a marching band. The case in point can be viewed in the overwhelming video below which can only have Alice in Wonderland as a competitor in its beautiful strangeness:

Composed for your eyes and ears by:

On the momentous occasions that MP3s are posted on this blog, we've generally got permission to do so, and if not attempt to keep them to live, cover, demo or remixed versions so as not to break any rules. If, however, you deem a track posted to be illegal/inappropriate let us know and we'll remove the link concerned. Cool? Cool.
This blog is to promote music and encourage you to BUY it. So go and buy some.